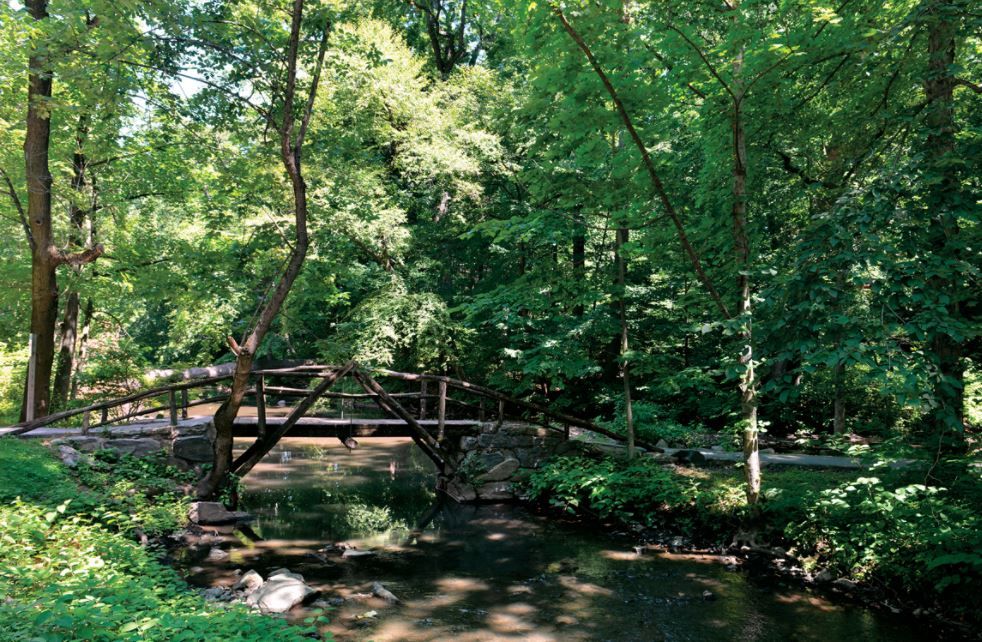 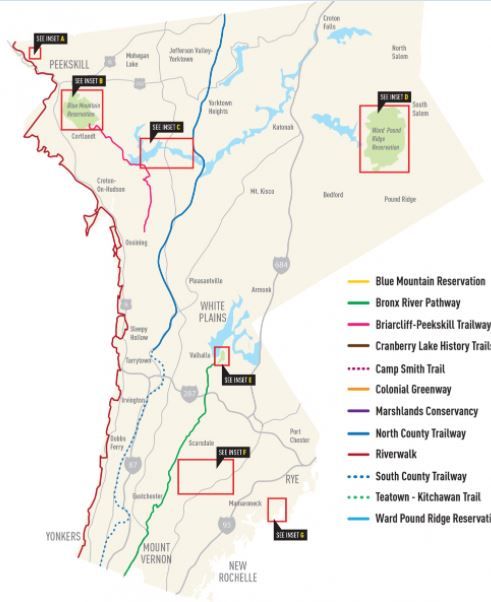 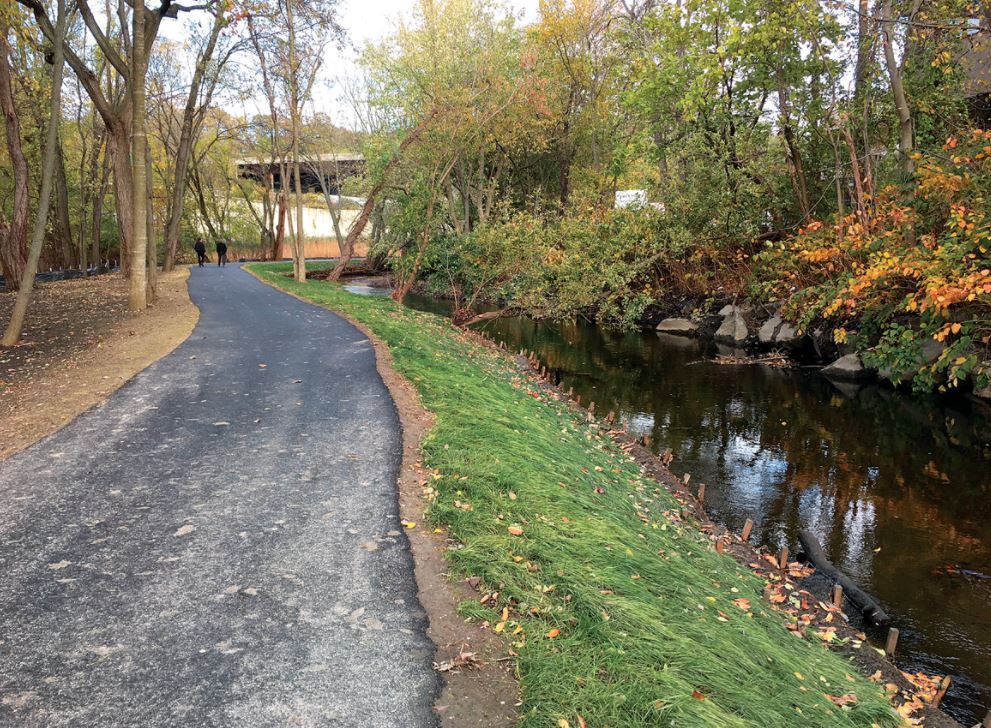 Secluded paths through woods, parks and gorgeous waterways to trails that bring explorers through some of the county’s most inviting scenery year-round, here are some of my favorite hiking and biking spots that Northern Westchester has to offer, along with some notable landmarks, and a few friends you might spy along the way.

Briarcliff-Peekskill Trailway - One of Westchester’s most popular trails is this 12-mile stretch of parkland that starts (or ends) at Peekskill’s Blue Mountain Reservation all the way to northern Ossining. The land was first acquired in 1929 for the construction of the Briarcliff-Peekskill Parkway, and the trail itself is actually just one element of an extensive system that also includes the North and South County Trailways, as well as the Bronx River Pathway.

The path makes for some pretty peaceful hiking and biking and boasts a surprising number of viewing points and historic structures. There are impressive views of the stone spillway at Croton Gorge Park, a Depression-era fire tower near the peak of Mount Spitzenberg, an old bathhouse, a rustic trail lodge, and two historically significant comfort stations constructed by the Civilian Conservation Corps.

The reservation was one of the first linear parks in the nation and the first official park in the county. Visitors will find intimate ponds, cute wooden footbridges, and hundreds of varieties of native trees and shrubs, making it an ideal spot for hiking, biking, or simply studying nature. To sweeten the deal, on select Sundays in the spring and summer, the Bronx River Parkway is closed to traffic, to encourage bicycling.

Ward Pound Ridge Reservation - Ward Pound Ridge Reservation is the county’s largest park (A whopping 4,315 acres!) and one of its most picturesque. Originally settled by farmers from Connecticut and once a part of Cortlandt Manor, this secluded reservation features several miles of wooded trails, fishing, cross-country skiing, and areas for picnicking and lean-to camping. The land itself comprises sleepy meadows, vernal ponds, wetlands, and sandy moraines. In addition, Stone Hill River and Cross River both run through the park and are home to more than a dozen species of native and stocked fish. Ward Pound Ridge Reservation is also the site of a small nature museum and Delaware Indian center called the Trailside Nature Museum, housed in a structure built during the Great Depression. Keep an eye out for the reservation’s popular landmarks, including the “magic stairs” — a set of unlikely stone outcrops that have been worn away by rainfall — as well as the Leatherman’s cave and rare Native American petroglyphs.

Marshlands Conservancy - This 147-acre wildlife sanctuary located in Rye is a true favorite of Sound Shore locals and a particularly scenic spot to enjoy a brief jaunt or quick hike. Since the conservancy is located along the Atlantic migratory flyway, curious explorers can easily spot a host of interesting birds and waterfowl. Visitors can also learn about the eye-catching fauna at an on-site nature center. Three miles of unmarked trails pack in an impressive amount of natural splendor, including meadows, marshes, and forestland, as well as a half-mile of shoreline. For those heading to the marshlands from afar, public transportation is available via a one-mile walk from the Harrison train station.